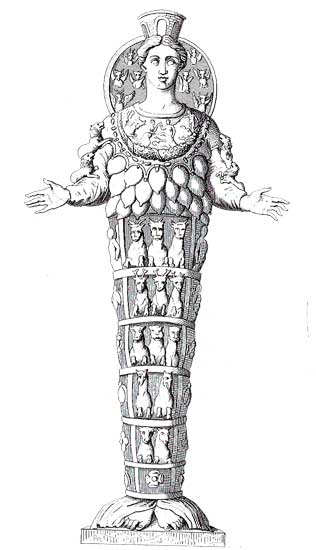 The caption in a Wikipedia article on Xoanon:

Synthesizing the Lady of Ephesus as Diana Aventina: a Roman marble copy of a Greek replica of a lost Geometric period xoanon (18th-century engraving).

An engraving of a copy of a replica of a sculpture. Apparently museums come by the tradition of reusing other people’s good ideas honestly.

[Thanks to intrepid world-traveler Patricia Walker, who knew the caption would give me a giggle.]

2 thoughts on “Nothing New Under the Sun*”