A while ago, I did a project with an organization interested in exploring participatory culture. As part of their homework, I sent them out into the community on a participatory scavenger hunt to see what they could find. For an example, I shared one of my all-time favorite participatory projects. 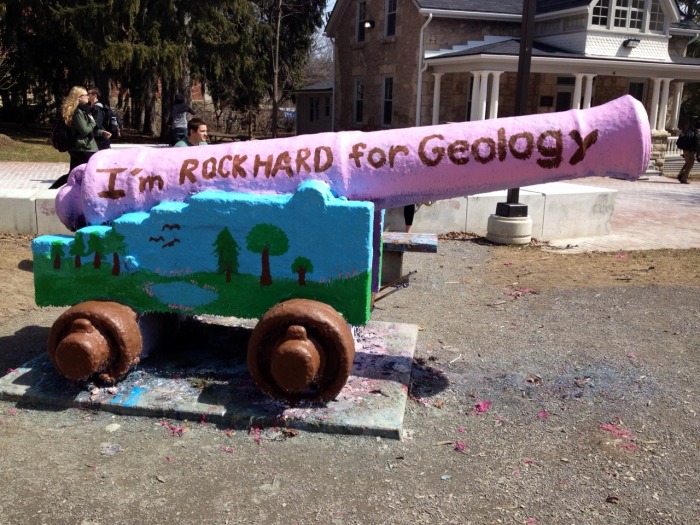 The historical details are a bit fuzzy, but the cannon is an antique British naval gun that may have seen action in the War of 1812 and ended up in Ontario at the University of Guelph after World War I. Students began painting the cannon in the 1950’s as part of anti-war demonstrations, and they haven’t stopped. A friend of mine had an office overlooking the cannon, and according to her it was painted 108 times in 2014. Assuming that number is a reasonable yearly average, and multiplying by the over 60 years people have been painting it, you get a number I’m not about to calculate because I already graduated and never have to take another math class again, thank you very much.

“Painting the cannon” is an excellent example of how a long-term community participatory project can be successful and self-sustaining. Not every museum can have a antique weapon available for creative public expression, but key principals that have contributed to the project’s success are applicable on many scales.

Here are factors that have made the project loved and lasting.

The cannon is in the middle of the main campus, so everyone there sees the art created on it daily. This high rate of exposure lowers the barrier to engagement. People are encouraged to join in, and they understand what to do because they see so many other people doing it.

The cannon isn’t just in the middle of the university, it’s at the center of a defined community of students, faculty, and alumni. Painting the cannon signifies belonging to that community – visually proclaiming membership. Upperclassmen pass down the rules to painting the cannon to incoming students, and one of the common questions asked to freshmen is, “Have you painted the cannon yet?” Participation is initiation into the group, a secret handshake done with a paintbrush.

The majority of cannon painters also don’t do it alone. A dorm floor, a club, a college, or a group of friends will paint it together. Participation becomes an shared event and another tool that bonds the group together.

Shout out to the best dorm on campus!

Anyone can paint the cannon, but there are rules:

These rules developed organically as participants continued to paint the cannon over years. Because the guidelines grew with the experience, instead of being imposed from an outside source, they’ve been embraced and followed. Participants are willing to play the game because they helped to make the rules.

Other than the rules listed above, the cannon is a blank canvas. From marriage proposals to war protests and campus events to campus rivalries, anything goes. For the night the cannon belongs to a group of people, it’s their’s to do with what they want. Not only is there ongoing collective ownership within the university community, there’s temporary individual ownership asserted by how people choose to express themselves.

Low Threshold for Participation and Success

Painting the cannon usually isn’t a completely spontaneous decision, but the threshold for participation is still low. Specific skills, tools, and technologies aren’t required, you just have to be willing to buy some paint, get messy, and stay up all night.

There’s also virtually no risk of failure. It may not be the prettiest paint job, but there’s really no wrong way to paint the cannon.

Painting the cannon isn’t illegal, but it also isn’t technically allowed. University officials look the other way and leave the majority of the participation management up to the participants. There’s definitely an appeal to participating in something just on the edge of propriety. It has a slight sense of truancy about it, but with the security of knowing there’s no real risk if you get caught.

Along with being painted, the cannon’s taken on new lives in social media. Old Jeremiah has a Twitter account and a Tumblr. People away from the campus can still follow the project and participate digitally by commenting, sharing, and re-tweeting. 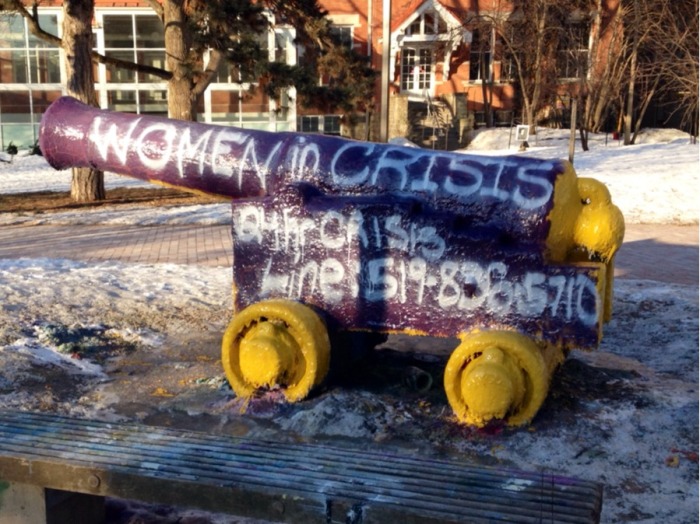 So what should museums consider when looking at how to structure and support participatory projects?

all photos from the Old Jeremiah Tumblr

Update: Nina Simon has an analysis of the success of the Paris “Love Locks,” another long-term, large-scale participatory project.