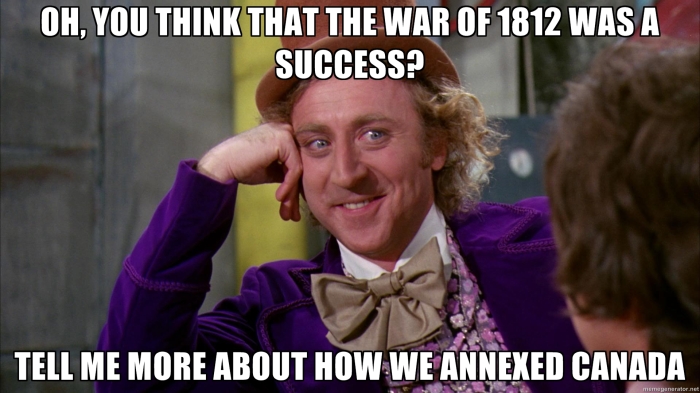 I’m a few days late with this anniversary but, like with anniversaries, better late than never.

On August 24th, 1814, British troupes burned down the White House during a battle of the War of 1812 (which really needs to change its name to the War of 1812-1815 because: accuracy). My American-half is bummed this happened; my  Canadian-half is a little gloaty. But both halves sing!