I do love a good bit o’ interpretation. Here’s what I saw on a recent trip down the Rhine to Konstanz:

A 3-Dimensional Map of the City’s “Altstadt” 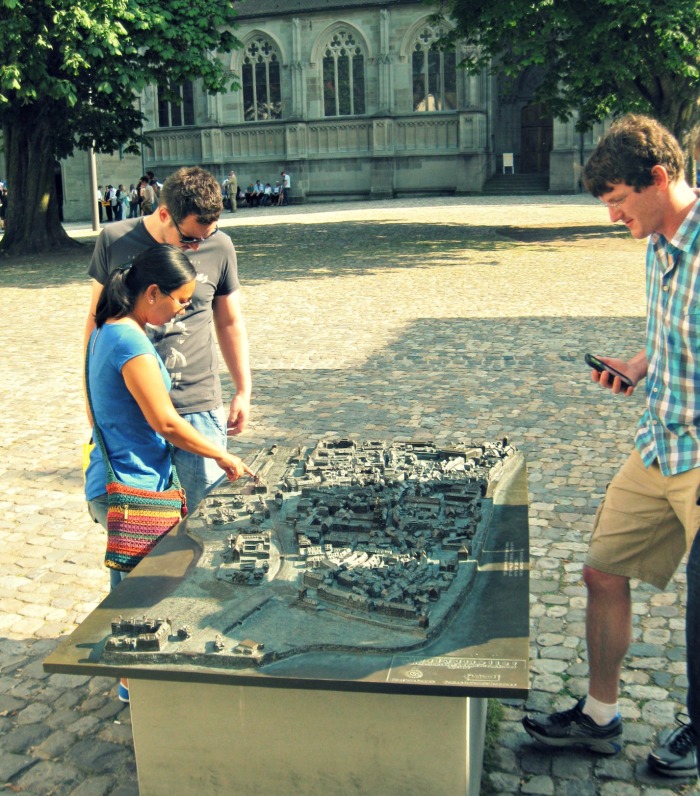 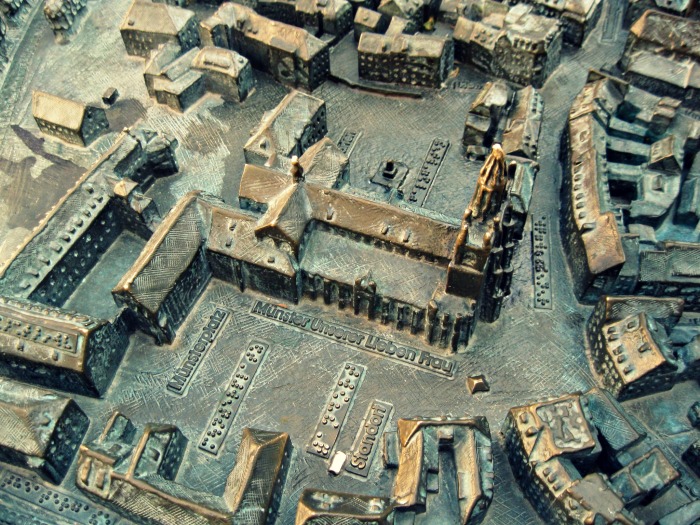 When I was there, almost every visitor who walked through the cathedral’s square was drawn to this map. The buildings are reproduced in detail, and it was fun to orientate yourself, spot where you’d been, and plan where you’d go. The map also appeared to spark several conversations between strangers. Bonus points of awesomeness for the raised lettering and braille. 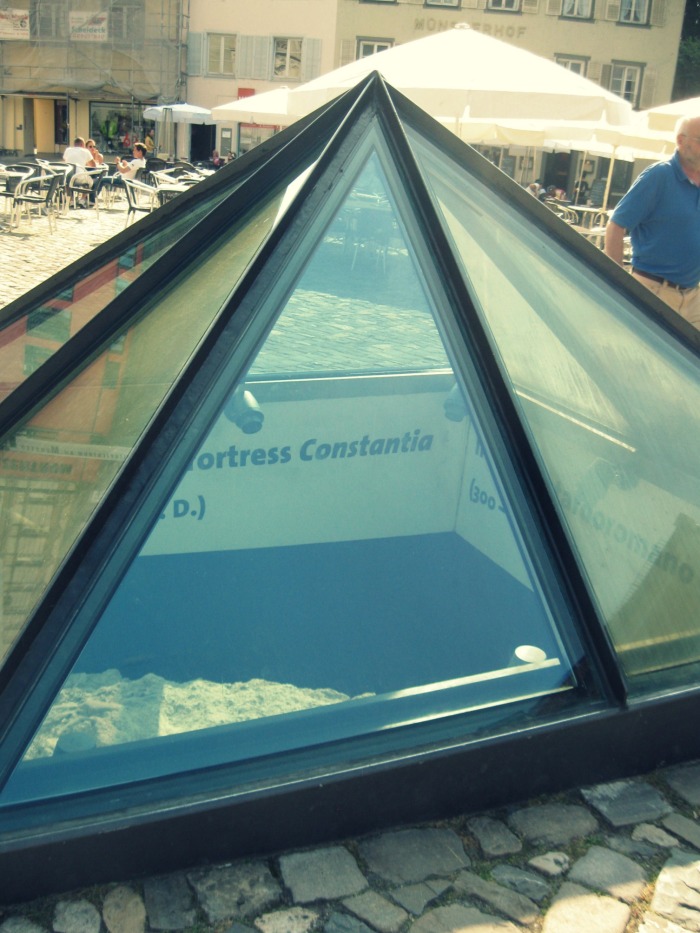 Konstanz is an old city and Roman ruins abound. Whenever possible, archaeological remains have been preserved and exhibited. I like how simply they’re interpreted, and how much the archaeology highlighted still seems to fit into its surroundings.

Murals Tell the Story of a Famous Balcony 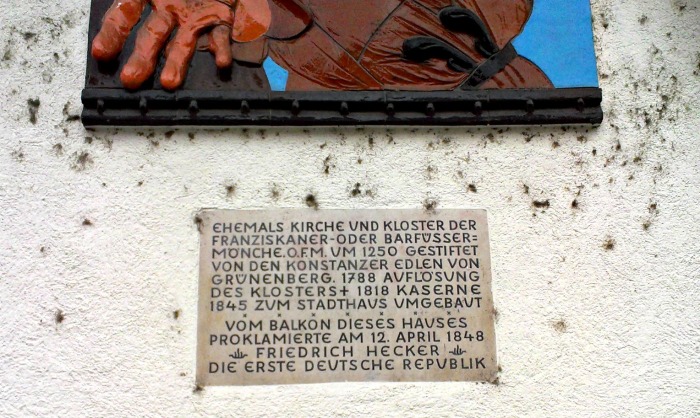 This building has seen some history. First a church and convent, then a barracks and boardinghouse after the dissolution of the monastery, and finally the location from which the first German Republic was declared. The sign is simple, but it’s the murals that really capture your attention and make you want to read more.

Historic markers on buildings are nothing new, but it’s rare that I’ve seen so many with mentions of beheadings, burnings, heresy, and other “shocking” tidbits. Some, like the one above, are tame, but there are enough juicy ones to encourage visitors to read them all, since you don’t want to miss out on any of the gossip (even if it is from 1505). 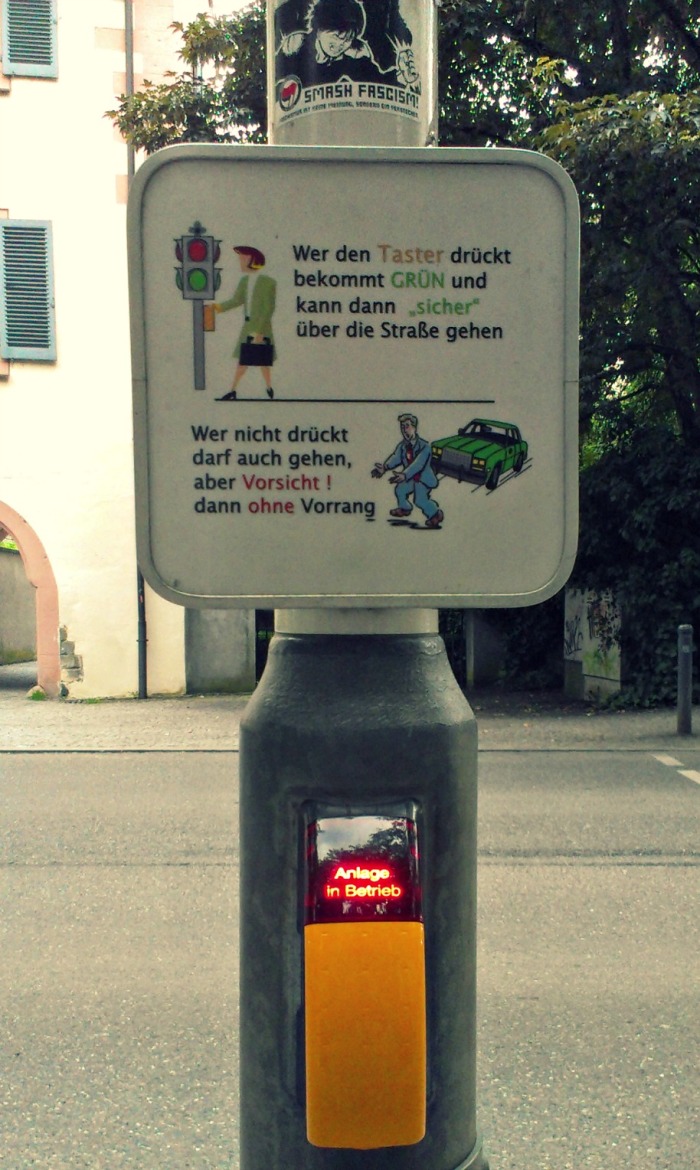 I’m not sure how effective this approach is, but the sign for this crosswalk gives very specific instructions on how to cross with and against the traffic light. I didn’t think anyone still used clip art from Windows ’98 (but I do appreciate the reminder to smash fascism).

Views expressed at museumsaskew.com are © 2011-2015 Katie Bowell and not necessarily reflective of any institution with which I am, or have been, affiliated.
%d bloggers like this: